The story behind my Maasai mask

There is one decoration object in my living room that always captivates my guest’s attention: A wooden mask from Tanzania. I bought it from a friend’s friend at a Maasai market in Arusha. Back then, I was very proud of this mask. A few months later, I seriously considered to ban it from my living room, in fact even from my personal property. Why this change of attitude happened and why the mask is still in my living room is a story about exploring the story behind the mask.

Africa – the continent of masks!?

When you ask White people what they associate with Africa, they are most likely to say something like lions and wild animals, drums, tribal people and masks. Of course, these ideas of Africa are deeply rooted in colonial, racist images of the continent and it’s people and has only little to do with the diverse continent Africa today (and in former times). This narrow, White perspective is reflected in the demands of today’s tourists visiting an African country. Many want to bring something ‘authentic’ back home to show their friends and decorate their homes with. And what’s more ‘authentic’ than an African mask, many may think. Well, in those days in 2009, I was one of them and I definitely needed a mask to put on my wall. That’s why I went with a local friend to the market in Arusha to buy a Maasai mask. Since I had worked with Maasai (in fact semi-pastoral and agricultural Maa-speaking Arusha) people back then, it made sense to buy one of them. We went to a stall that sold different masks and one instantly interested me. It was a wooden mask of a male Maasai warrior. I bought it and brought it back home to Germany where it got a permanent place in my bedroom. 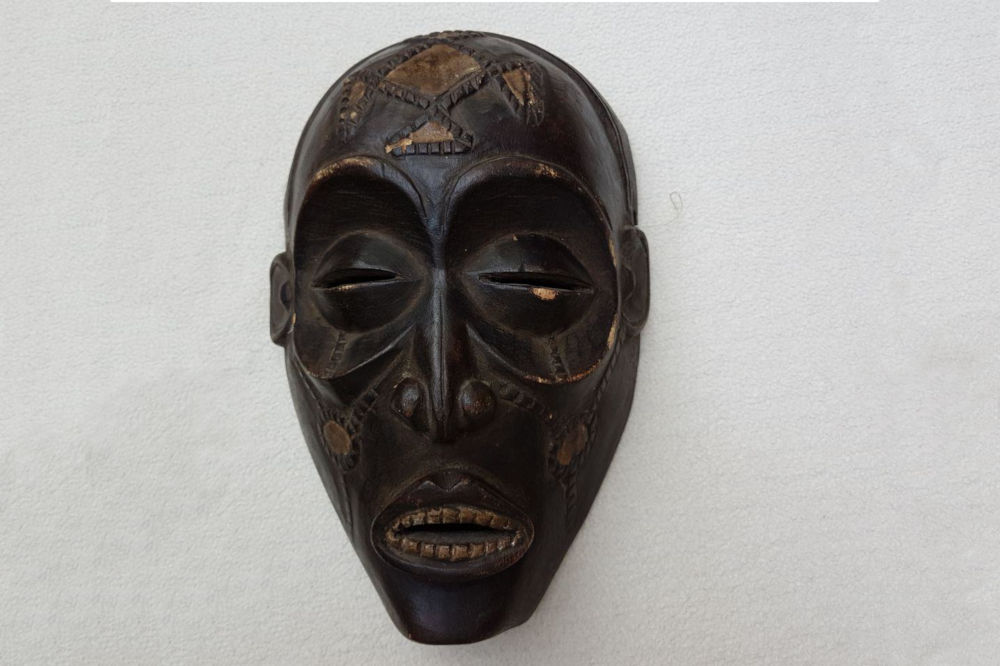 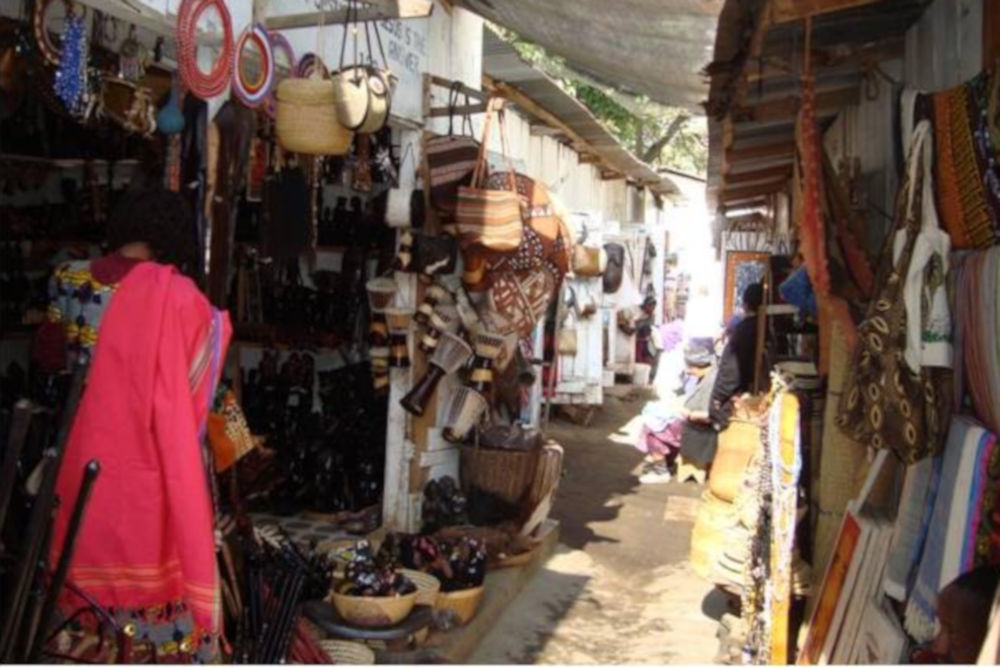 A few months later, I started studying African Studies and learned a lot about African cultures, their complexities and how my own image of African cultures was shaped by colonial and racist ideology. Indeed, there are several cultures in Africa still using masks in their traditions and rites. Yet, not all cultures used and use them. I learned that masks are not ‘typical’ for Africa and they were especially not prevalent in East Africa! Masks were embedded in a complex cultural context and belief system, far from being decoration. They played an important role in the social structure. Just like in other parts of the world, the various African cultures and societies organized themselves in different ways. There were centralized (like the kingdom Dahomey in today’s Benin) and decentralized societies (like the Nuer in today’s South Sudan), societies organized around age groups (like the Maasai in today’s Kenya and Tanzania) or gendered secret societies (like the Poro and Sande secret societies of Mande-speaking people in today’s Liberia, Sierra Leone, Côte d’Ivoire and Guinea). In the latter, masks were an integral part of the rites. 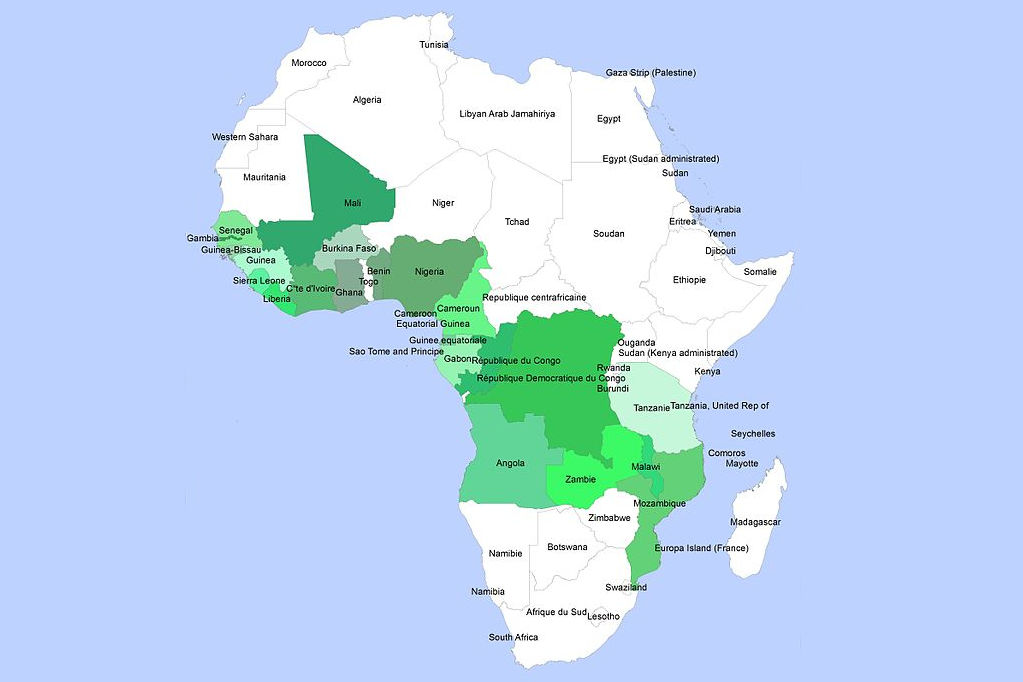 African countries where masks are used, based on a list in the book African Masks, The Barbier-Mueller Collection (1998). The darker the green the more cultures using masks existed.

The masks consist of different shapes and materials, every culture made their masks according to their cultural needs and beliefs. Some masks look like replications of natural features of humans or animals, others are more abstract. Usually, masks represent supernatural beings, ancestors, and imagined or fanciful figures. In most of the cases, they were worn with costumes to cover the whole body and appearance of the wearer and the use of masks was embedded into special dances and other rituals. Mask and costume are best understood as a unit and in performance.

The role of masks in West African societies

Masks have various functions differing from culture to culture. In West Africa, (secret) societies organize the societal life in some cultures and also have sacred dimensions, connecting the visible with the invisible world. Spirits that are in the mask, not behind the mask, can talk to the people through the mask wearer. The personality of the mask wearer then fades into the background, often supported with costumes covering the body shape, and knowledge and decisions can be transmitted to the community. When a verdict has to be pronounced, the mask wearer does that anonymously. This means that the verdict doesn’t come from the human being or the society but the spirit or sacred being. The anonymity surely helps to accept the verdict and prevents grudges against the bringer. Furthermore, a secretly made decision is more likely perceived as a common decision. In transitional and therefore vulnerable phases in a human’s life (e.g. initiation into the community as a transition from childhood to adulthood, or during funerals as the transition from the living to the dead), masks are often used to perform the important rituals and ensure the presence of the supernatural beings.

The existence of secret societies is not secret but the knowledge and decision making process is, meaning that members aren’t allowed to share their knowledge with outsiders. That’s one of the reasons why Western researchers have little information about the structure and function of the different societies. There was different types of societies: some are gendered dealing with gender-related topics (e.g. the Poro society for men and the Sande society for women), others are organized around occupations (e.g. blacksmiths). Of course, there have been many cultural changes and the use and significance of masks changed as well. In some cultures, masks still play an important role, in others their significance diminished.

As far as I know and learned, Maasai (which basically means Maa-speaking people) never used masks in their traditions and rituals. They organize their community according to an age group system, which is a completely different organizational form than the (secret) societies described above. If I bring it down to the simplest level, Maasai men belong to a certain age class that enters at one point of time the Moran status. During that time, they have certain duties and roles to fulfill. The term Moran is often mistranslated as ‘warrior’. In fact, as a Moran they do not only have to protect the cattle from wild animals and thieves but also have to help in the community whenever they are needed. After a certain period of time as Moran, the age class enters adulthood and have other duties like starting a family. The younger age class become Moran then. Of course, the system is much more complex but I don’t want to go into too much detail here (for more information about the Maasai and other age group systems in East Africa, read ‘The structure of East African Age-Set systems‘ by Morton, 1979). What this means is that the Maa-speaking people didn’t need masks in their societal structure.

The mask I bought was made for people like me (the me ten years ago): people who wanted to bring something home they thought was ‘authentic’ African. The craftsmen and businessmen (and -women!) in Tanzania recognized this demand of tourists and offered them what they want. For many people, most certainly for the sellers at the Maasai market, this business became a way of making a living. Even if the mask I have at home is a souvenir with no actual cultural meaning, I still keep it to remind myself to always question what I think I know. I see the mask as an invitation to critically challenge the images (we) White people have of Africa and its people. White people still live in privilege and they shape what is perceived as ‘normal’ or how Frankenberg puts it:

Whiteness is a location of structural advantage, of race privilege. Second it is a “standpoint,” a place from which white people look at ourselves, at others, and at society. Third, “whiteness” refers to a set of cultural practices that are usually unmarked and unnamed.

That’s why it is important for White people to question their worldview and realize their privilege (this is also called Critical Whiteness. I will write more about this elsewhere). As a White person, I am on a journey myself to deeper understand my own biases and privilege. Thanks to the mask, these (and my own) biased perceptions can be visualized and illustrated. And that’s why I kept the mask.

‘History and background of the Sande society’ by Madelyn Henry (mtholyoke.edu)

‘Being Maasai: Ethnicity and identity in East Africa’ by Thomas Spear (1993)

‘Imaged or imagined? Cultural representations and the “tourismification” of peoples and places’ by Noel B. Salazar (2009)