Some small things to love Canada for

There are some things that I just love about Canada and that are so different in Germany. Of course, Canada is a huge country and very diverse so things may differ from region to region. I mostly visited and lived in the bigger cities so my observations may be biased. Just keep this in mind and we are ready to go:

Free water and toilet use

When eating in a restaurant, you usually get a glass of cold water before you even order. I just love that because I am always thirsty and have to spend lots of money on beverages in Germany. Here, you even get refills if you want to. No waiter stares at you in a passive-aggressive manner when you stick to the free water and don’t order a fancy but expensive drink. I heard that the prices for food at the restaurants are higher than in Germany because of the free water supply, but honestly, it feels just so good not to have to worry about paying for a refreshment. When entering a restaurant and getting a cold water right away just feels welcoming. There are also lots of water dispensers around the city so I can easily refill my water bottle everywhere.

The same is true for toilets: there are tons of free public toilets that are even clean for the most part. Most shops and cafes let people use their washrooms for free. You don’t have to sneak in pretending to be a customer to feel relieved. So much less stress! No comparison to Germany where some toilets are secured by barriers you can only pass with money. This is especially true for places where people go to relieve themselves, like motorway service areas. The ‘enemy’ even has a name: for example Sanifair, a subsidiary company of Tank & Rast. That’s a private company forcing people to pay 0,70€ (around 1CAD) for relieving themselves, giving them a 0,50€ (around 0,75CAD) coupon for a reduction on an overpriced product that you can only get at special stores. Thanks, privatization in 1998! I think many people in Germany are ‘Sanifair Millionaires’ because most people never use these coupons, hoarding them at home. If you want to know more about this German phenomenon (and you understand some German), I recommend to watch these videos:

At many railway stations you also have to pay for using the washrooms. Financially it makes sense to wait for the train since the use of washrooms on board is free. The human right to water and sanitation is definitely more affordable in Canada than in Germany.

When you rent a house or apartment in Canada, these fittings and furnishings are usually provided: a kitchen with a refrigerator, cooker, oven, sink and kitchen cupboards; closets for storage in the bedrooms and hallways; lights in all rooms so you don’t have to sit in darkness when moving in. In Germany, you have to bring most of these things. Some apartments have furnished kitchens but many don’t. So, when you move you have to remove the kitchen (everything!), all lamps and other furniture you brought. I still remember my boyfriend’s incredulous look when I told him we had to remove everything, including the lights, to transport them to the new apartment. Luckily, toilets, sinks and showers are not mobile – but shower curtains aren’t. This wouldn’t be a big deal in Canada since the bath tubs are built into the wall, but in my home country you often have to be creative to get a fitting shower curtain since bathtubs are usually freestanding. Yes, moving in Germany is a big deal and requires a lot of good friends and family members to help, or money to pay a furniture remover company. I cannot even list how many times I dismantled and put up closets, installed lights and moved cookers up and down the stairs. Yes, you can give your apartment in Germany a very individual touch, but is that really worth the effort? I am seriously thinking of only purchasing furniture made of cardboard when moving back to my native country. In Canada, moving is so much easier (if you find an affordable home, but that’s a different Vancouver story) and if you want to live minimalist, you only need to buy a bed, table and chairs. In the province of Quebec, the 1st of July is not only Canada Day but also Moving Day (jour du déménagement in French). Traditionally, many people move at that special day. 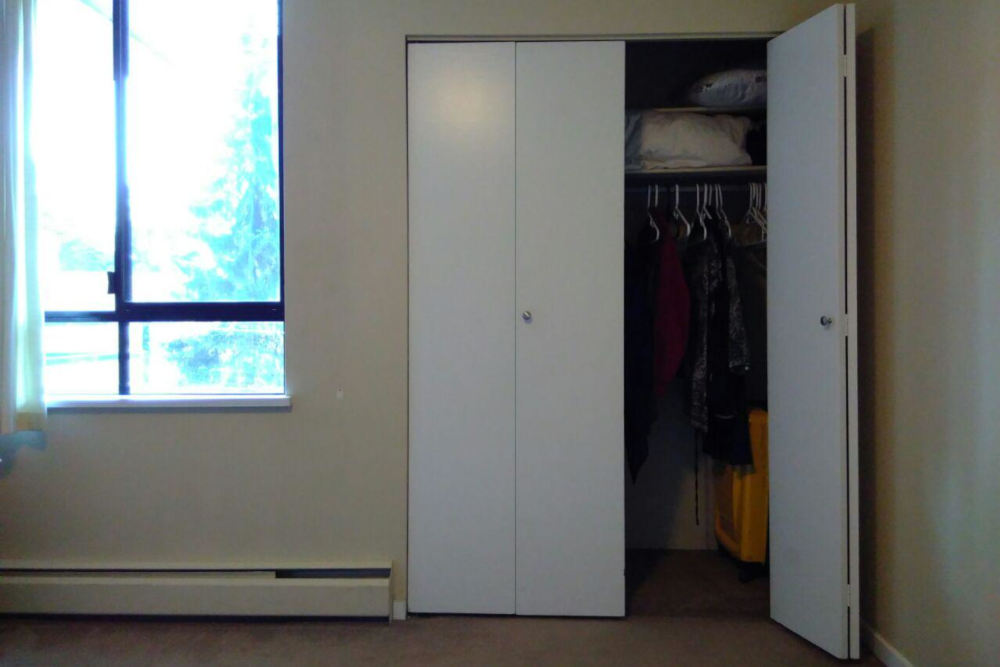 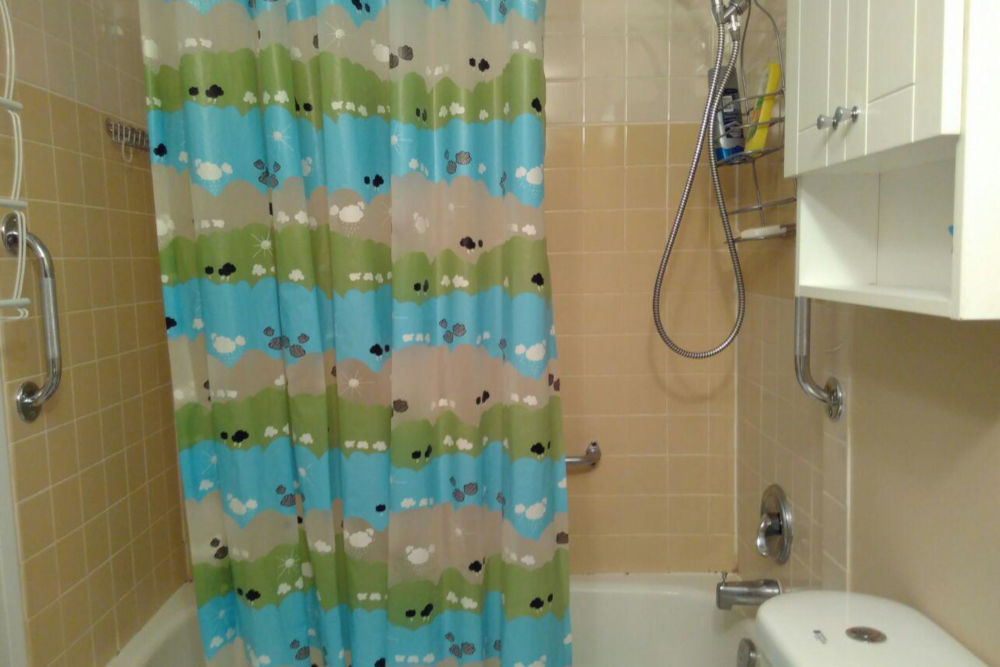 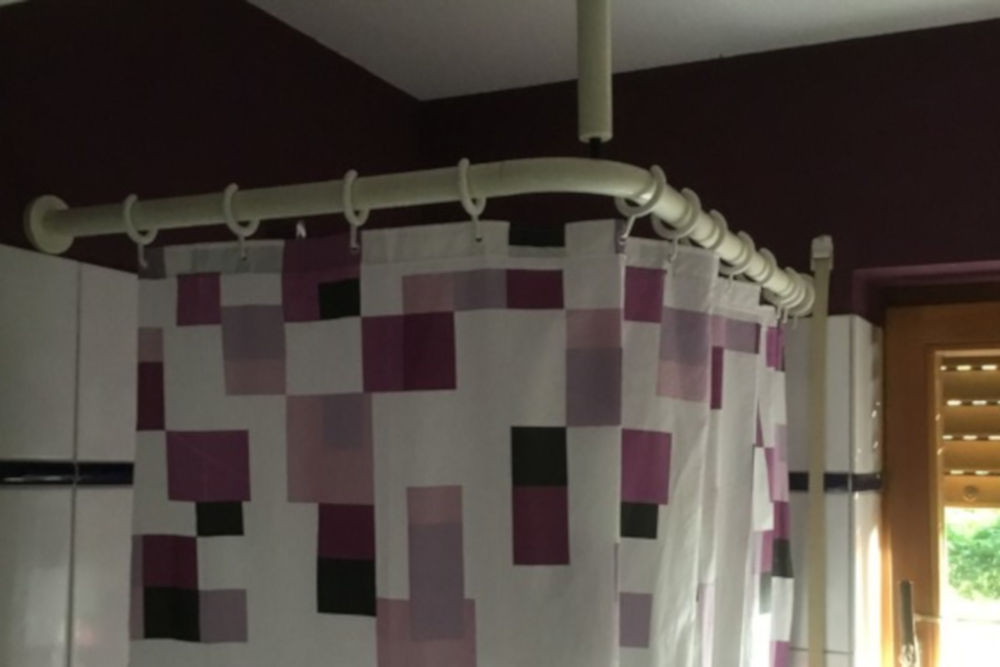 At first the position of traffic lights in Canada was very confusing for me. This was a challenge while driving because I never knew which traffic lights to look for. When first in line, you stop almost next to the traffic lights in Germany. That’s why you sometimes have to bend down in order to see whether the light’s still red or already green. In Canada, the traffic lights are on the other side of the road so you can always see them. I think it is smarter that way but it was difficult to adjust at first and I am sometimes still confused.

By the way, many traffic lights for pedestrians have a countdown, showing you how many seconds remain for you to cross the street. I don’t like that very much because as a time sensitive person (either it is my personality or my ‘Germaness’ or both) I stare at the numbers decreasing while hurrying up to make it in time. That causes an unnecessary amount of stress for me. 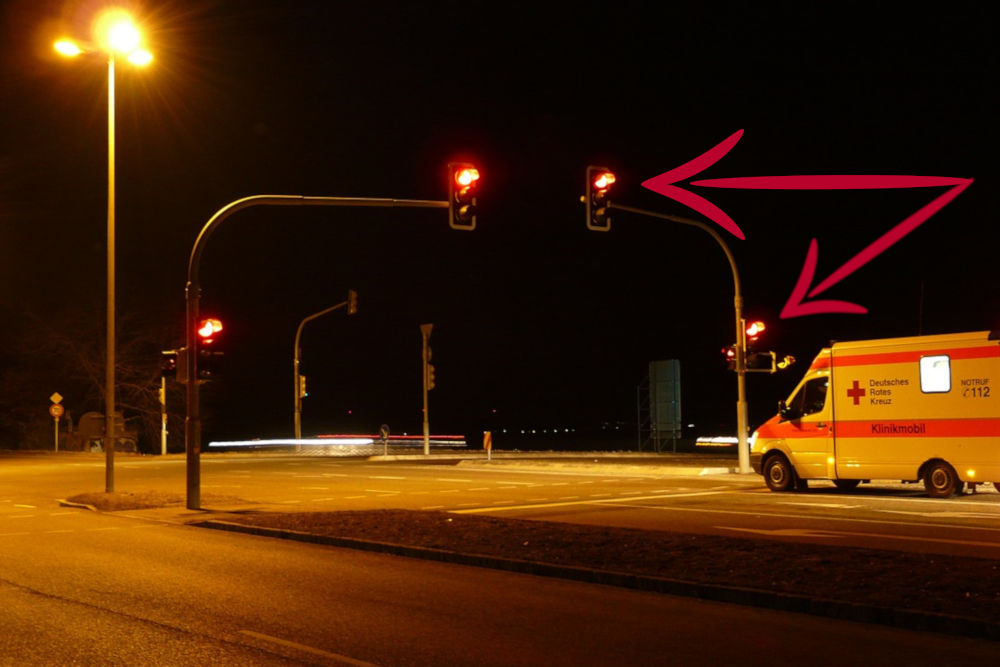 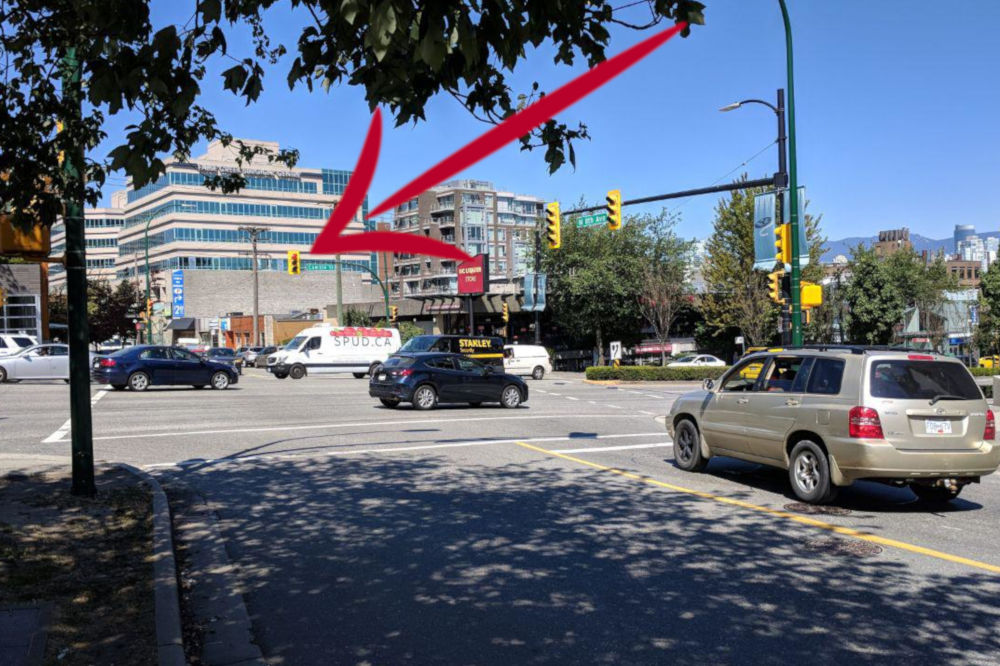 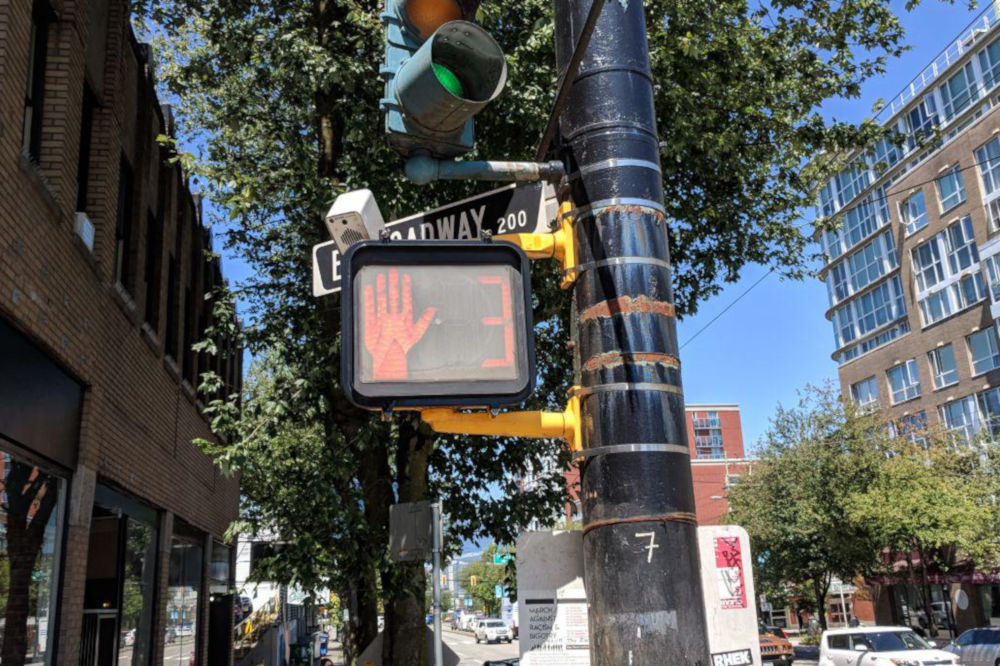 A common cliché in Germany is that bus drivers are unfriendly and bad-tempered people. Of course, this is a stereotype and there are many friendly ones too. Though I have to admit (according to my personal and very subjective perception) that my personal encounters with bus drivers in Canada were on average much nicer than in Germany. They sometimes even quickly open the door for you even if they were about to leave (this just happened to me today! Thanks bus driver of no. 10 to downtown!). This rarely happens in Germany. Maybe they have a tougher job there because passengers are not as nice to them or they aren’t paid as well or they have to handle cash and that’s why bus drivers in Germany are sometimes in a bad mood. But those are just my assumptions. Here in Vancouver (I can’t confirm this for the rest of the country), many people thank the bus driver for the drive when leaving the bus, maybe this gesture of recognition causes a better atmosphere over all. In addition to that, passengers usually don’t pay cash here but with a prepaid card which eliminates conflicts about payment, one of the most frequent conflicts between passengers and bus drivers in Germany I assume.

The variety of popcorn

In Germany, people mostly eat popcorn in cinemas where you can choose between sweet and salty popcorn. The majority prefers sweet popcorn (96% vs. 4% according to sales quote, 2016) and I am not sure if there even was salty popcorn in my childhood. I had my first salty popcorn in Uganda, many years ago. Before then, it never crossed my mind to eat salty popcorn and I was surprised how awesome it tasted. Here in Canada, it seems like people prefer salty popcorn but in some cinemas and stores, you can choose between the craziest flavors: barbecue, butter, caramel, chocolate, or Chicago style (butter, caramel and cheddar), to name just a few. A popcorn paradise, if you are brave enough! If you want to try some new popcorn flavors at home, here is where you can find some extraordinary recipes: Five fabulous ways to flavor your popcorn. Or watch the video to make Chicago mix popcorn and pretzel bars. 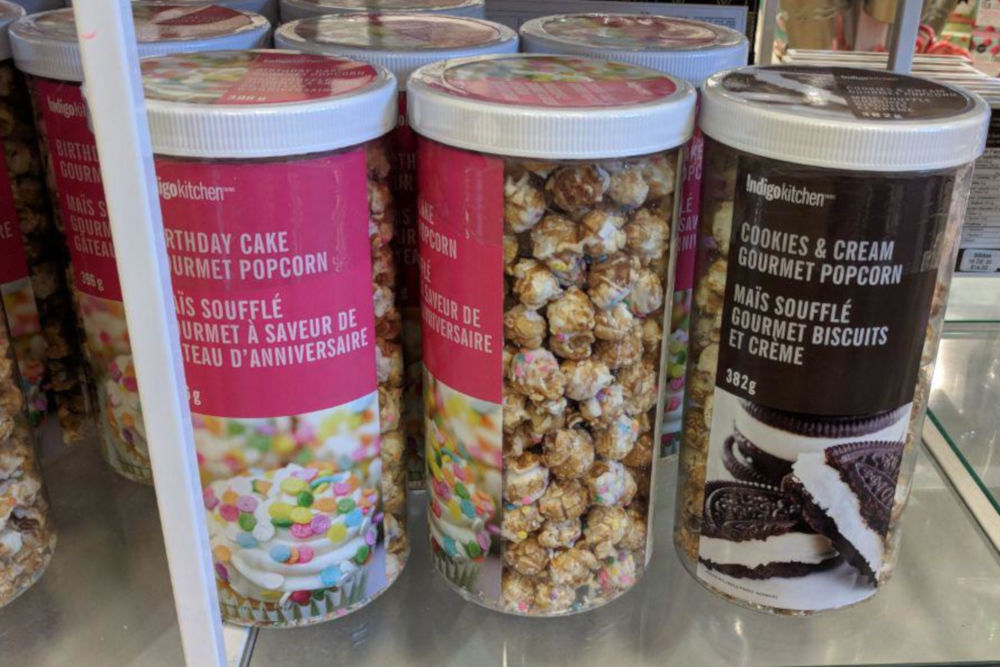