Canada and the maple leaf

There is one thing you definitely can’t avoid in Canada: their flag and its symbol the maple leaf. It is everywhere which is very surprising for a German. Of course, I saw many national flags in other countries I visited but the extent of usage in Canada can be a bit much sometimes. In Germany on the other hand, you hardly see any national flags. Even if it became a little bit more common in Germany to see the national flag since the soccer world championship in 2006, you usually only see it on official occasions, at some government buildings or in nationalist movements. Only every four years for the soccer World Cup, the streets and faces are colored in black, red and gold. In these few weeks of the tournament, many Germans gather for ‘public viewing’ (watching the soccer games in public places together) waving German flags without hesitation. The flag of Canada you can find everywhere throughout the year. Sometimes I had to laugh where I unexpectedly found it. My new hobby now is to take a photo of every maple leaf and Canadian flag I find in extraordinary places. Take a look at my gallery which will surely be extended:

Is the maple leaf the counterpart to ‘made in Germany’?

I heard that a study found out that Canadians prefer buying products with maple leafs. Unfortunately, I could not find the study online but I think its findings make sense. Why should there be maple leaves everywhere otherwise? Last year, Canada celebrated its 150th birthday (and therefore is much older than Germany!) with tons of maple leaves, maybe that’s another reason. In Germany, the indication on products ‘made in Germany’ has the same purpose. While it was invented in Great Britain 130 years ago to keep German products from gaining popularity, the scheme quickly backfired and established a trademark that stands for quality and a long life span.

When talking with Canadian friends, they often mention that Canadians are just happy and proud to live in such an awesome country. They say it does not have anything to do with feeling superior to other countries but with feeling thankful to have found a welcoming place as an immigrant. Well, I cannot judge that. It is just astonishing for me to see how carefree Canadians show their flag and nationality. But maybe it helps that the maple leaf is a neutral symbol not connected to a dark history. In fact, the flag of Canada in its current form was the result of a committee’s decision in 1965. 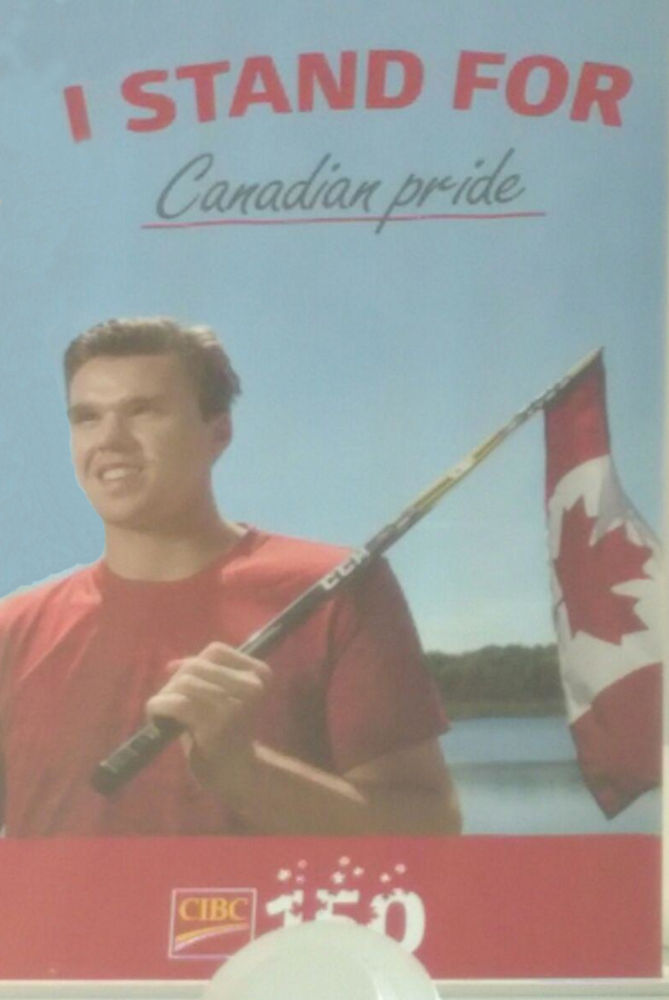